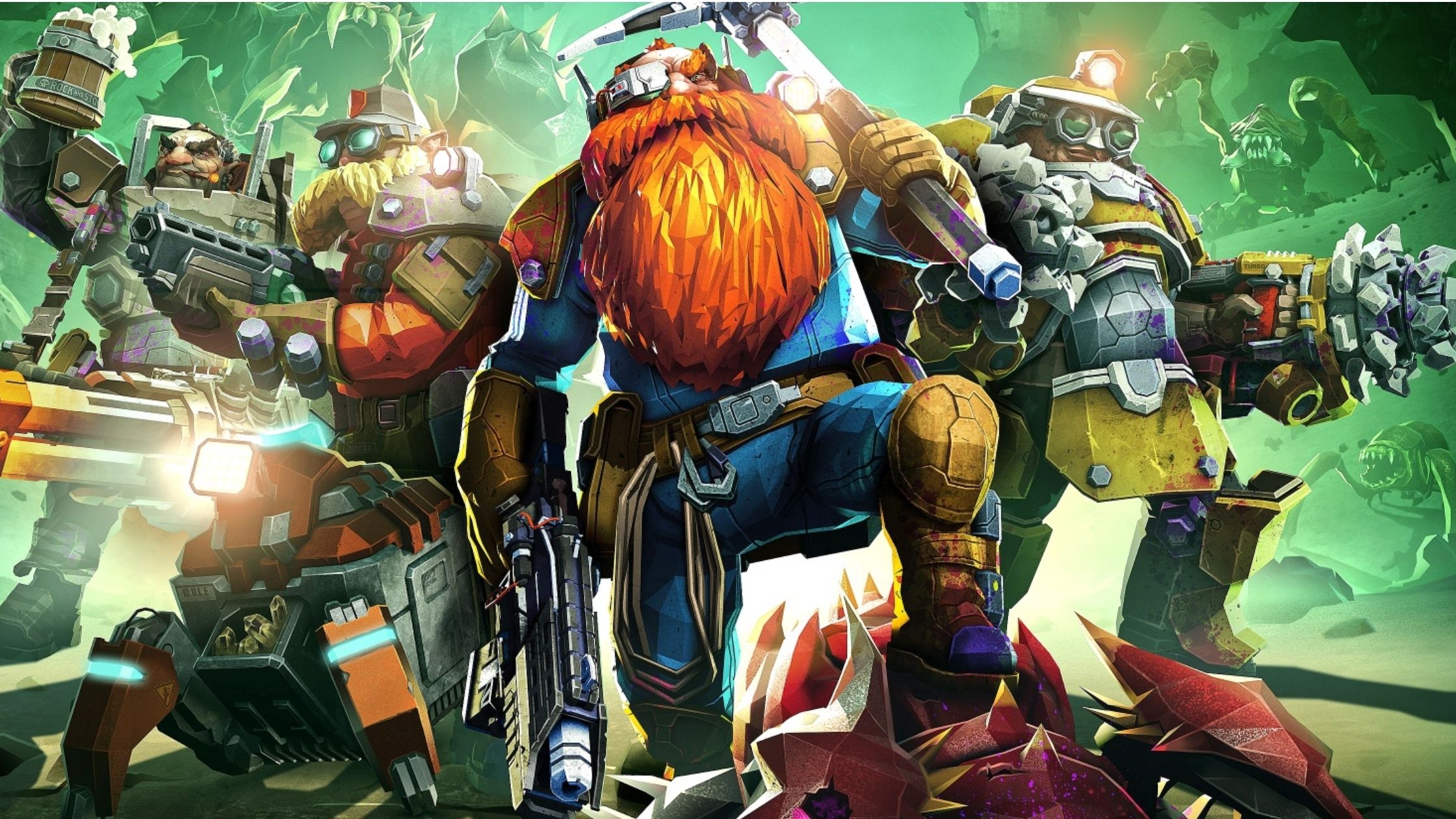 Today on the agenda, is a game in which the dwarfs drink beer on a space station, and then go to crush the alien bugs along the way mining minerals. In this edition, we will review the blockchain game Deep Rock Galactic.

Deep Rock Galactic is a team-based First-person shooter in which you and your team have to descend into the massive cave system of the planet Hoxes 4. The new unique cave systems are constantly generated in the game.

There are four classes in the game. Engineer, Gunner, Driller, and Scout. Each of the classes has its own gameplay and equipment:

The gunner, almost the main shooting force, carries a machine gun, a revolver, a tether gun, and a shield generator. The gunslinger can do a lot of damage with the machine gun and revolver, pull ropes for the team across the chasm, and cover or sometimes even save the team with the shield generator. Other equipment includes, instead of a machine gun, an autocannon or a rocket launcher, and instead of a revolver a serial fire pistol.

Driller is similar to the Engineer Sapper but more independent. He has a flamethrower, a pistol, a C4 charge, and reinforced titanium drills in his equipment. The driller's main job is to dig or at least undermine the team's way through the rock, ignite, and control the bulk of the enemies. Of the other equipment, instead of a flamethrower, a cryo cannon, or a corrosive sludge pump. And instead of a gun a plasma gun.

Each class weapon is upgradeable: The player can customize the weapon so it will suit the gamer’s style. Also, all classes have different types of grenades.

The aim of the game is to choose a job at the station and its complexity. The players have to carry out the primary and optional secondary tasks. The players need to destroy everything around in order to reach the task goal. According to developers, there is no same path to complete the mission.

The players can explore a network of procedurally generated cave systems, which are filled with enemies to fight and riches to collect.

It may seem that the game is boring and monotonous at first glance. However, there are 8 main and many secondary tasks that differ from each other.

bought at the terminal in your room for stars, which are obtained for performing tasks in the same terminal.

The game is full of different skins. The players can obtain new skin by buying them in the store at the station, passing the battle, or finding them during missions.

Surprisingly, the game doesn’t have Go donate. Indeed, by donation, the gamers can buy only skins. Even Battle Pass is free, which allows the users to not think about how much money they have to invest to get new equipment.

Unlike regular weapon modifications that need to be unlocked, the overclock slot is available from the start.

Before you can add overclocks to your weapon, the gamers first need to unlock at

least one additional modification for each level.

The overclocks alone are more than 30 per class, and each of them partially or completely changes the gameplay of the class. But the game doesn't dump them on you all at once.

To achieve this, gamers need to upgrade a dwarf. When players reach level 25 of the class they are given a task to upgrade. After completing, you can go to the memorial hall and get the promotion.

Those are only the basics of the game. The playing process is more interesting while gaming rather than on paper.

Make friends, have fun, and drink beer with them at Deep Rock Galactic.