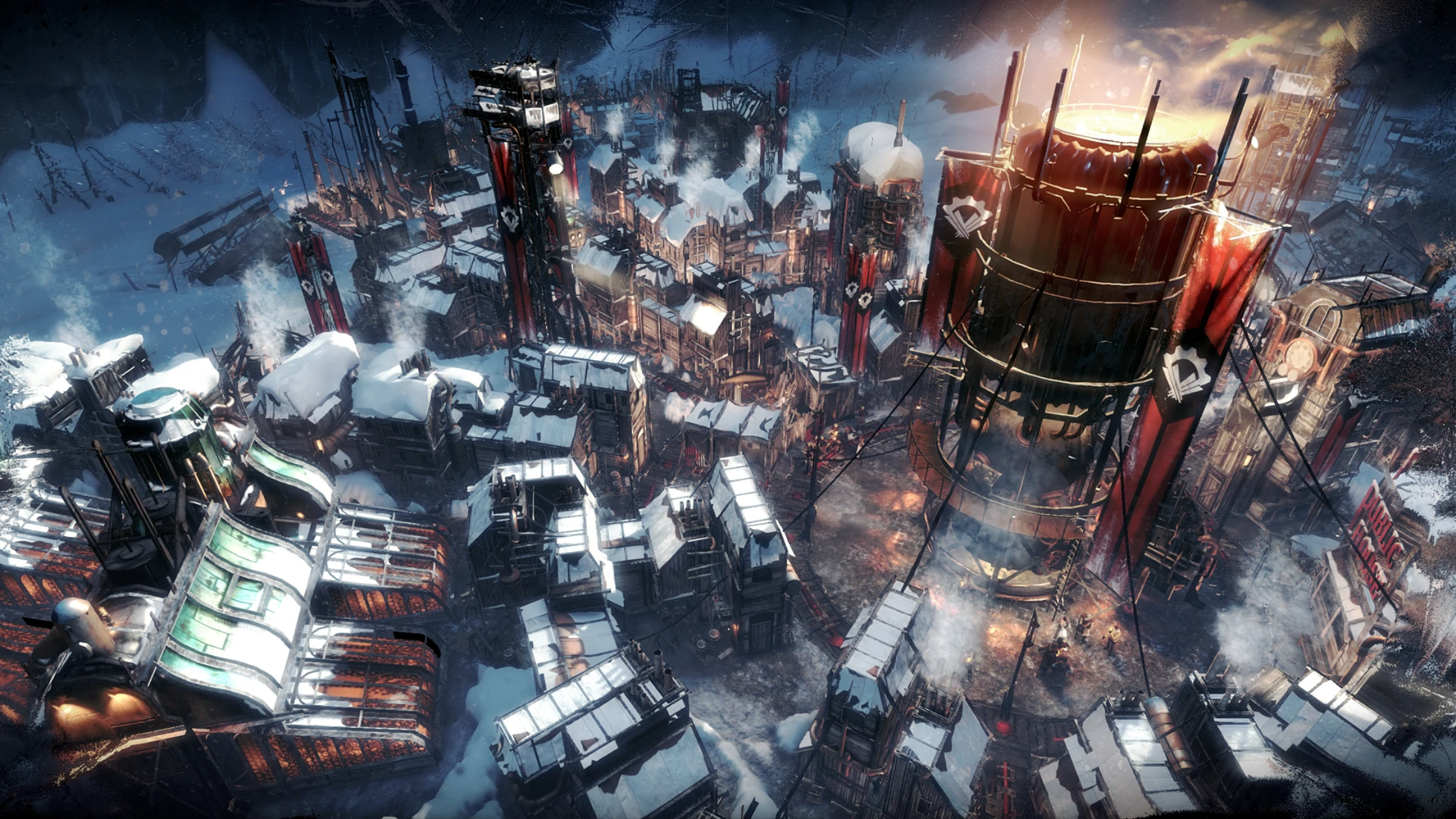 Today we have on our table Frostpunk, a city-building and survival simulation game. The gamers are finding out that the Earth is covered with snow. The player will be challenged with severe cold and discontent of your people.

In the summer of 1886, Britain was frozen. Snowstorms destroyed the fields, leaving the whole country without food. Hunger and cold quickly drove the country into turmoil, but the real trouble was ahead - there was an ice storm coming from the south that mankind had never seen before. To save people from death, the government sent construction expeditions to the north. They decided to build steam generators in order to heat entire cities on resource-rich lands. In the eternal cold, scarcity of resources, and lack of any help from the outside, the generators proved to be the last hope for humanity's survival.

The very first campaign, New Home, is training players with many resources, preparation time, and workers. The map is a crater in the middle of the ice. The game is constantly reminding the players of the problems throughout the event. For example, when there are not enough houses, your people will demand to build them. Then you are given a choice: build all the houses in a few days (only a few) or not build at all, taking into account that the dissatisfaction of people will grow. The mechanics of the game are so simple, but their cumulative nature makes the game more complex. There are 2 indicators: dissatisfaction and hope. Dissatisfaction cannot be raised too high, and hope cannot be lowered too low. Moreover, there is also the temperature to be supported, the need of your people for food and houses, the risk of disease, the need to keep the reactor running by consuming coal, the importance of scouting the surrounding area for new people, resources, and even automatons, and the law book in which you set up rules.

This game is a story. The story of a bunch of survivors near a generator in the cold desert. People here want to live and to do so they work in mines, manufacturing, kitchens, and hospitals. The atmosphere of the game is bleak and hopeless. Even the music subtly hints that you will not survive in this cold desert. Here, as a

leader, you will have to make choices, find compromises, and develop your city.

The game features several DLCs that unlock new scenarios. And the sequel, Frostpunk 2, has already been announced and we are looking forward to the announcement of the dates.