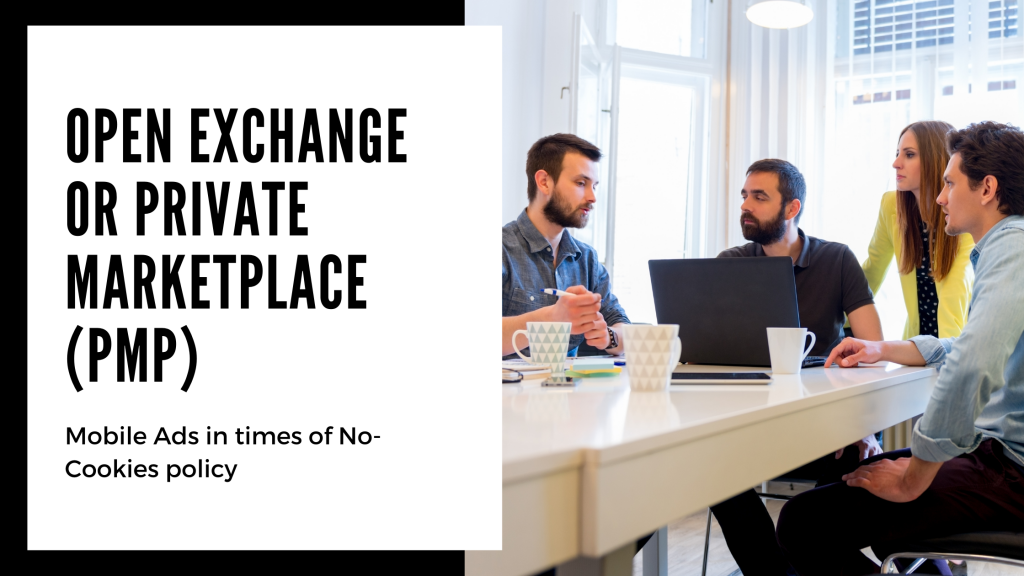 “What is the best way to buy media inventory for my ad?” Have you ever had this question?

Since programmatic advertising has become one of the fastest-growing channels of digital marketing, more than 80% of advertisers were at least once struggling to choose the right method to buy ad inventory. So, as advertisers continuously search for better ways to get more return on ad spending (ROAS), they invented several media-buying methods.

Let’s take a look at a mini-cheatsheet of the most popular programmatic media-buying methods:

To decide in which cases it’s better to use programmatic direct is simple. Its advantages are obvious.

The success of your advertising campaign depends on your opportunity to contact the right publishers and the ability to negotiate better deals. However, due to the high exclusivity of programmatic direct, you should be ready to put money on the table.

Programmatic direct is one of the main methods to buy premium inventory. This means that you are going to sign a deal with a certain website or mobile app. Before signing an IO you better know everything about their audience and make sure you want to target exactly the previously identified users. That means you have to know your market and your potential customer base really well. If you do know your audience, programmatic direct will match you with the right mobile users and make your ad campaign successful, though a very expensive one.

Since this is an advertiser-publisher direct deal, it gives almost full control for both, buyers and sellers. Usually, the terms of the deals are transparent and advertisers have deeper insights into their campaign performance.

You might ask: “It all sounds great, why do we need to consider other options?” The answer is its price. Direct deals are pretty expensive and not every company can allow itself to allocate such a high budget for every ad campaign. So usually they consider open auctions and PMPs.

Essentially, you can easily make your decision based on your campaign goal and budget. Let’s compare the advantages of open auctions and private marketplaces to find out how you can reach the right audience.

What is your ad campaign goal?

First things first, define your ad campaign goal. In case you want to reach out new audience, learn their behavior and open new opportunities to push your brand awareness – try to bid on the open auction.

Since open exchanges have millions of different publishers they give you the opportunity to advertise your product to the mass. Usually, during the campaign, you can see the campaign performance result almost in real-time, like on the Adello Direct reporting dashboard. Thus, based on constantly updating information, you can adjust different filters, like age, gender, interests, and target narrow audience. Adello Direct platform allows you to narrow audiences based on their location, interests, demographic feature, etc.

If you have a very specific product/service and want to be sure your ad is not shown for the random audience you might want to choose some specific publishers. Often PMPs may offer you bundled deals that combine websites and mobile apps with certain audiences.

Bundled deals promise you a certain rate or value, for example, view rate, CTR, a certain gender, or age. However, you have to be careful, since you cannot know for sure where they pull the information from. Also, in some cases pushing for a certain goal (for example high view rate) doesn’t help the overall performance of the campaign, because there are might be hidden tricks behind it.

You also should be attentive to the bundle list as included publishers may not meet the requirements. For example, this one:

Here you can select a specific audience, for instance, 18+ but if you open the list of apps available/targeted, you might be surprised.

So, you decide whether you want to rely on this option.

What is your campaign budget?

The main advantage of open exchanges is their prices. Media inventory from the open auctions is always cheaper than from PMP. Always. At least twice.

RTB allows you to bid on individual impressions rather than agreeing to a predetermined fixed price. So, buying in real-time on the open market might save your budget and still help you to achieve your campaign target.

There was a time when PMP was mainly used to allow clients to book from a specific premium publisher. However, it’s not the case anymore. Yes, usually, premium publishers are trying to sell their best ad space as expensive as possible. But if it’s hard to find buyers they will try to sell the inventory via other channels.

It is like a waterfall, programmatic guaranteed is the first one that can buy/bid on the traffic, and then it goes down to preferred deals, private auctions, and so on till the open market. Thus, the open market is the last one that can bid on the premium impressions, but it still can. Maybe you will not get the most viewable ad space on the website/app, but maybe second or third, without paying a premium price.

In conclusion, it’s hard to judge what market is better since they serve different needs of advertisers. However, in case you are new in the industry, or want to bring your programmatic in-house and manage campaigns yourself you might want to start with the open market. There you can explore different opportunities, learn your audience behavior, and filter campaign settings to achieve higher performance.

How do you make sure to take everything out of each ad dollar you spend when learning how to manage your digital ad campaigns?