A Critical View to VR Technologies

A Critical View to VR Technologies 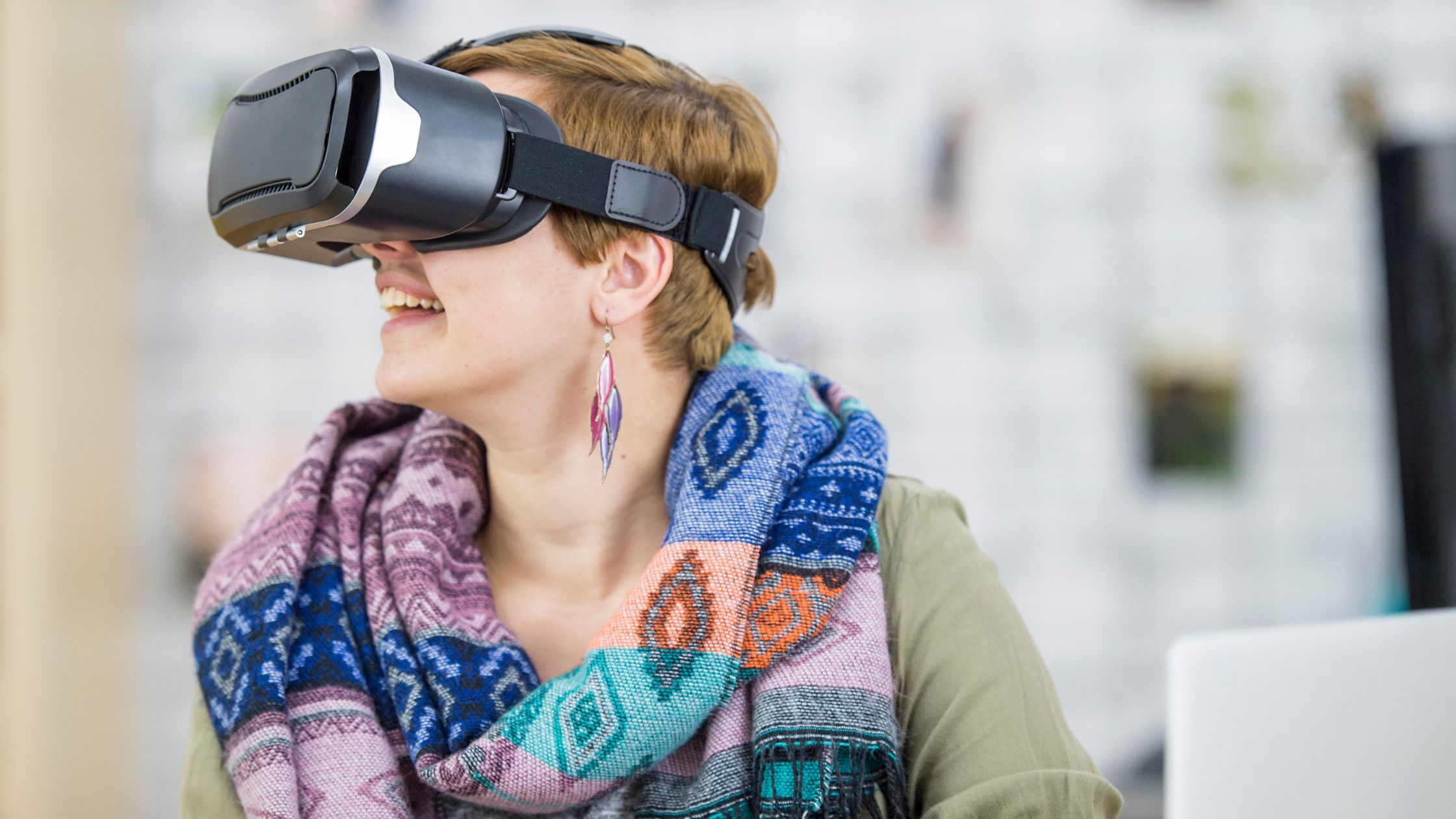 Due to the metaverse topic popularization, the audience interest in VR devices grew correspondently. In fact, for the moment, VR/AR technologies are undivided from the concept of the metaverse. Yet, there is strong enthusiasm for VR innovations and their future development.

Many articles were written about the potential, possibilities, and innovations that VR headsets can offer us.

Business, traveling, education, entertainment - so many aspects of our life can be improved and enriched with this technology. Nevertheless, it is sometimes essential to express a critical point of view: VR has an immensely expanded list of serious limitations that nobody talks about.

So, today we will take a closer look at what is wrong with VR headsets and how they can be improved.

Looking realistically, without any nihilism, VR is a relatively new technology. Early headsets in the 90s were failing commercially due to their limited technology. John Carmack, an American computer programmer, and video game developer, even said VR headsets back then were like “looking through toilet paper tubes”.

Due to the low audience interest, this technology was not really developed for 10 years. Only in the early 2010s did VR headsets, such as Oculus, start getting their financing. This can be explained by the technological leap of that time, such as faster internet and gaming industry expansion. Thus, the actual timeline of VR development is quite short.

We are at the very beginning of industry development. Hence, we probably should not expect it all at once and just wait another 10-15 years and see how it will evolve.

Nevertheless, it doesn’t mean we cannot criticize it.

If you are a VR user, what would be your honest feedback for the gear you use? Those are the possible flaws that can be mentioned.

The Convenience of VR Goggles

Problem: This one would probably be the most common complaint that comes to mind. After using a VR headset for 20 minutes, users come across different inconveniences. For one, they can have marks around their eyes because of the strong ties, otherwise, the headset would simply slip down. On top of that, VR headset is generally too heavy to wear, and the users get tired very fast.

Solution: Actually, VR manufacturers are concerned about this problem. In fact, the weight of the VR sets is constantly decreasing. Oculus, for one, is lighter than the devices of the previous generation. Apple glasses will be part of the ecosystem, where the iPhone will primarily take an operational role, offloading computing, networking, and positioning. This will allow Apple to keep its glasses slim and lightweight.

Nevertheless, the problem is the shape of VR glasses themselves. We must understand that VR devices will not always be shaped like huge clumsy headsets. Already today, there are different concepts of what this technology may look like. Alternatives include the shape of glasses or eye lenses. A headset is not the final evolutional form.

Problem: When we were younger, our parents told us not to get close to the screen, although later, it was proven that proximity to the TV doesn’t decrease our eyesight.

Now, we put screens less than a centimeter before our eyes. As a result, VR users get vertigo, also called Cybersickness, headache, eye redness, and eye ache.

“There are a variety of potential issues. One is how we affect the growth of the eye, which can lead to myopia or nearsightedness.”

VR headset is not only inconvenient but can be really damaging to health. And we don’t mention yet other traumas that can happen because users are not able to see while wearing VR glasses.

Solution: The problem refers to the headset design and not only its hardware but also the software. Most of the time, the software is not designed to warn users about the obstacles they may encounter.

Also, the content of VR software matters. Certain content may provoke headaches and vertigo more than others. The solution would be the radical improvement of software and hardware, considering human neurological perception.

Problem: You may hear different ideas on how VR can reshape the working space and make it more efficient and interactive. However, a recent study says that working in VR isn’t very pleasant or productive. The experiment took 7 days, when the participants worked in VR headsets, with 45-minute lunch breaks.

They were asked several times daily to grade their VR experience compared to working in a real-world office. The KPIs included productivity, frustration, well-being, and anxiety. Also, participants rated their feelings while working in VR: If they felt sick or had eye pain.

Surprisingly, it turns out that participants felt like they had more work to do than in a normal office. On top of that, they felt more anxious and stressed. Generally, participants’ productivity fell by 14%, while the frustration rate increased by over 40%.

Solution: Although VR has great potential for the working environment, VR production is generally focused on the entertainment field. In our previous article, we wrote about VR devices designed specifically for work. But they also have certain limitations, starting with high prices.

Nevertheless, VR can bring the job to the next level in many special cases. For instance, VR helped doctors to separate conjoined twins. Thus, VR companies must consider the professional fields and design devices specifically for those professional purposes.

Problem: If there was mass production of VR movies, we could barely watch them till the end. In fact, a VR battery has a very short life, approximately 2 hours. At the time, when we are talking about long continuous experience in the metaverse, how can we make VR devices live longer without constantly connected charging cables?

Solution: There is another question: How will the batteries themselves be improved in the future? As we mentioned, VR headsets will change over time. So do batteries, and the developers will be able to find better alternatives that will keep the device alive for longer.

Problem: In the scenario where the VR headset is moved on the reels of mass production, the environmental damage is inescapable. Tons of plastic will end up in the ocean, toxic components used in batteries will seep into the soil, and electricity will be consumed at an excessive rate - these are the consequences if sustainability is not a priority in VR headset production.

There is a counterargument that VR will actually help the environment. For example, people can give up traveling, opting to use VR, thus reducing CO2 emissions. But does this compensate for the damage from production, logistics, and energy consumption? And will people really travel less?

Solution: In general, ergo-friendly production is not as simple and obvious as it may seem, as many factors influence it.

Usually, the responsibility for eco-friendliness lies with the companies. For the current stage of VR development, it would be nice if production considered eco-friendly materials, longer lifetime, local manufacturing, recycling, better product quality, and alternative batteries.

Do we really need VR?

Problem: VR glasses and the environment created around them need to show a greater purpose. We don’t see its mass adoption yet as they have limited use cases, and their prices are simply not easily accessible for the majority.

The idea of VR conferences didn’t really prove itself for work or studies, as it doesn’t offer anything extra than video calls. You would probably agree that seeing all the spectrum of emotions via video is still more beneficial than a bland avatar.

There are not enough VR games or movies for entertainment, and most metaverse platforms offer a limited selection of events.

VR can become an interesting addition to shopping, but in most cases, AR technologies are sufficient for a more personalized experience.

Travelling can be more accessible with VR. It’s faster, cheaper, and offers more destinations, but those who travel to fully experience new environments might still choose to be there personally.

So what use cases should be added or improved to motivate people to use VR glasses daily? Where is that line to cross when we choose to live in virtuality instead of reality, and how dangerous might it be?

Solution: Technologies are never ideal at their initial stages, as we, people, continuously shape them for our interests.

All of us, creators, designers, developers, and users, should stay curious and continue discovering new values that VR technologies can offer, improve technological capabilities, create more content and stay honest with each other to provide timely and relevant feedback.

The wise decision will always be to use and not abuse. Enjoy what real and virtual life offers you because that’s what matters.