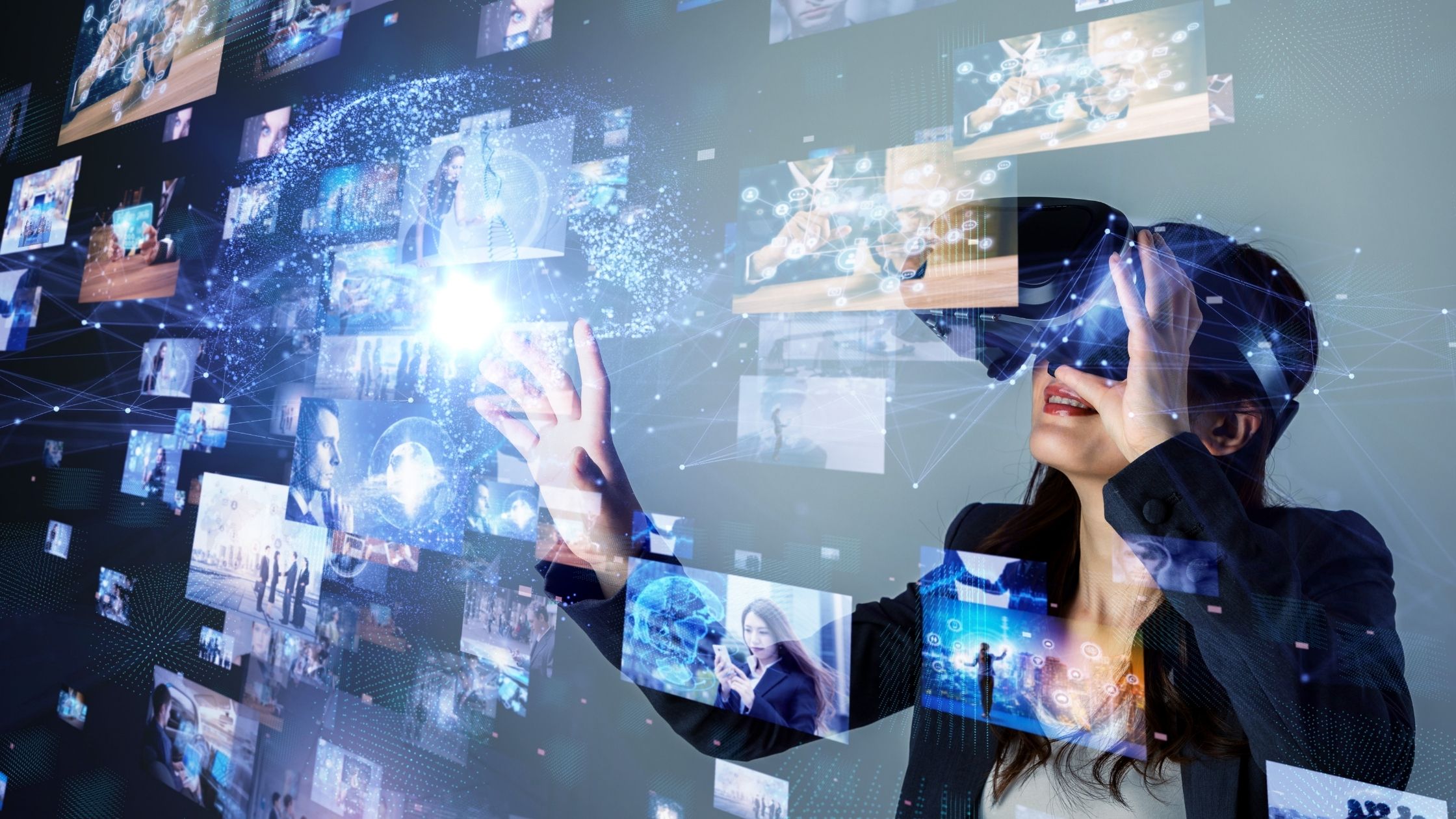 In 2021 we witnessed how the metaverse began appearing on the headlines in Forbes, The Washington Post, The Economist, and other major publishers. At the same time, tech giants worldwide began proclaiming metaverse as part of their new strategy. Indeed, we are on the threshold of Web 3.0, where the metaverse is an inseparable part of it. However, only a few can understand the processes behind meta-technologies. In order to understand their work, it is essential to understand the metaverse ecosystem.

In fact, the metaverse is complex and constituted of several components. Each of its components has a certain role and contributes to the work of each other. The collaboration of the several components allows users to experience to interact, communicate, play, create, and more inside the meta-world. Let’s dive deeper and overview each component that constitutes metaverse.

It is important to mention that gateways in metaverse can be either centralized or decentralized. What does it mean?

This kind of gateway has certain flaws. One of them is the risk that malicious actors can interevent in centralized meta-space. That is why many players prefer decentralized metaverses. Another problem of the centralized metaverse is censorship. Freedom of speech and self-expression are limited there. Furthermore, centralized identity providers, where users’ digital identities are created and stored, have precarious custodians of data and user interests. Those are the reason why in the future, the developers will give preference to the decentralized gateway.

Decentralized metaverse also has a certain form of control. However, it belongs to the community, where the users govern the meta-world.

Decentralized networks are built on blockchain. This approach ensures that there is no monolithic control. In fact, for the metaverse to survive, it requires to be open-source, interoperable and controlled by the community, not by a few people.

In the era of Web 2.0, design was user-centered. In the coming Web. 3.0 design will be reoriented to the environment around the user, who will immerse this virtual world.

When we speak about “good design” in Web 2.0, we mean user-friendly, clear, and aesthetically pleasing design. In Web 3.0, however, the metrics will be different. Web 3.0 design must be immersive: the fusion between the player, its avatar, and the virtual world around them. Thus, the good design in metaverse will depend on how deep the immersion between the player and the environment will happen.

Equity-focused design in the metaverse

Another challenge will create an equity-focused design in the metaverse. Since the designers will build not only visuals but a whole new virtual society, user equity and accessibility will be important aspects. To create a healthy society in the meta-world, designers would have to understand how societies work in the real world, which could be the probable threats and pain points.

The metaverse is just starting to develop. For a moment, designers have a lack of know-how. However, already in the near future, designers will be required to broaden their field of expertise and gain knowledge in economics, urbanism, and other related sectors.

The word “Avatar” can be translated from Sanscrit as ”manifestation of a deity on earth”. In a similar way, users create their own digital versions, which are called avatars in the metaverse. That is how users can interact with the meta-world from the avatar’s point of view.

Avatars will bring certain challenges and ethical questions once the metaverse expands. Some problems appear already nowadays. Several users of Meta complained that they had experienced harassment. Meta representatives declared creating a user bubble – avatar personal space that cannot be crossed by other players.

Any society, independently the physical or the virtual one, requires an economy. Within Web 3.0, Economy 3.0 will follow. For the companies, this would be an opportunity to showcase innovation, as well as implement low-cost marketing projects on such platforms. That could be one’s metaverse home, car, farm, and other objects.

The economy will need a marketplace. It is suggested that in the metaverse NFT marketplace will take place. It will allow users to purchase, sell, or bid on the digital land, avatars, or other objects in the metaverse. Thus, the advertisement of NFT for sale will be possible. NFTs will enable the property transactions that will be driven by the metaverse.

It is important to mention that human interaction will necessarily take place in the metaverse.

In Web 2.0, social media shifted our horizons of how people can communicate with each other. Thank to social media, many obstacles, such as distance, language barrier, and impossibility to see the interlocutor, have been overcome

Within the metaverse and Web 3.0, society can even go beyond that and make communication (especially on distance) even more interactive. Thanks to technologies that will immerse us into the meta-world, such as VR glasses and sensory glows, meta-users can be “present” in the meta-world and even be physically felt.

Those who play video or computer games are familiar with play-to-earn and play-to-collect notions. Players either earn or collect rewards that help them to advance and stay motivated to continue the game. This principle will also be implemented in the metaverse.

As an example, the popular play-to-earn game Axie Infinity allows its users to purchase, battle, and breed virtual creatures, which are called Axies. Players can purchase and sell Axies peer-to-peer using cryptocurrency since each Axie is represented by an NFT.

Some objects from the real world can be transferred into the meta-reality. This is called a digital twin. Those objects, same as in the real world, have their value and can be purchased or sold.

Recently the sport shoe company Nike announced, that they will create a a range of digital fashion products trainers and clothes. The items will be sold as NFT and be availible in metaverse.

It is hard to imagine the work of metaverse without artificial intelligence. Metaverse’s AI will encompass several aspects such as content analysis, computer vision, supervised speech processing, and others.

Recently, Meta created an “AI supercomputer,” which is specifically designed to train machine learning systems. The company claims that its new AI Research SuperCluster (RSC) system is already one of the fastest machines of its kind and the fastest AI supercomputer in the world. Also, Meta says RSC will work for metaverse experiences.

As we mentioned previously, in order for the metaverse to survive, it needs to be decentralized.

“Our goal is to bring NFTs to everyone, and working closely with our ecosystem partners brings us one step closer to this reality”. - said Enjin CTO Witek Radomski.

There is no doubt that the metaverse will offer room for advertisement. Indeed, metaverse can be the next game-changer for digital ads. It can create a new stage that will be beyond ordinary advertising and marketing. The metaverse allows creating absolutely new experiences, which will be more engaging and interacting. It is suggested that the regular ad format that we are used to won’t work. Advertisement in metaverse will require creativity because engagement will become the main KPI.

Several marketing campaigns have already happened in the metaverse. For one, Vans created their own skate park in the metaverse world of Roblox. There the players can ride and buy company merchandise for in-game currency.

British out-of-home company Ocean Outdoor will introduce digital billboards into video games and the metaverse. The company signed an agreement of partnership with the London-based startup Admix, which places ads in games, as well as virtual and augmented reality.

In order for the metaverse to happen in real-time, fast internet connection and low latency will be essential.

Some mobile providers have already started investing in infrastructure improvements that will allow their subscribers to connect to the metaverse. Last year T-Mobile announced that its 5G network is used in the companies like Taqtile, building AR solutions for frontline workers. Moreover, T-Mobile shared that they are interested in using its 5G network for holographic telepresence. This technology is used for real-time holographic video calls on a user’s mobile phone and is expected to be used in the metaverse.

Analyzing the rich meta-environment, one may conclude that some technologies implemented in the metaverse are already well developed, meanwhile, others are still in their infancy. Nevertheless, the first steps toward the metaverse development have already been made. Indeed, the metaverse will require more years to become what we can see in sci-fi movies. And it’s truly wonderful to be on the threshold of its development and see how the metaverse will slowly grow and expand.