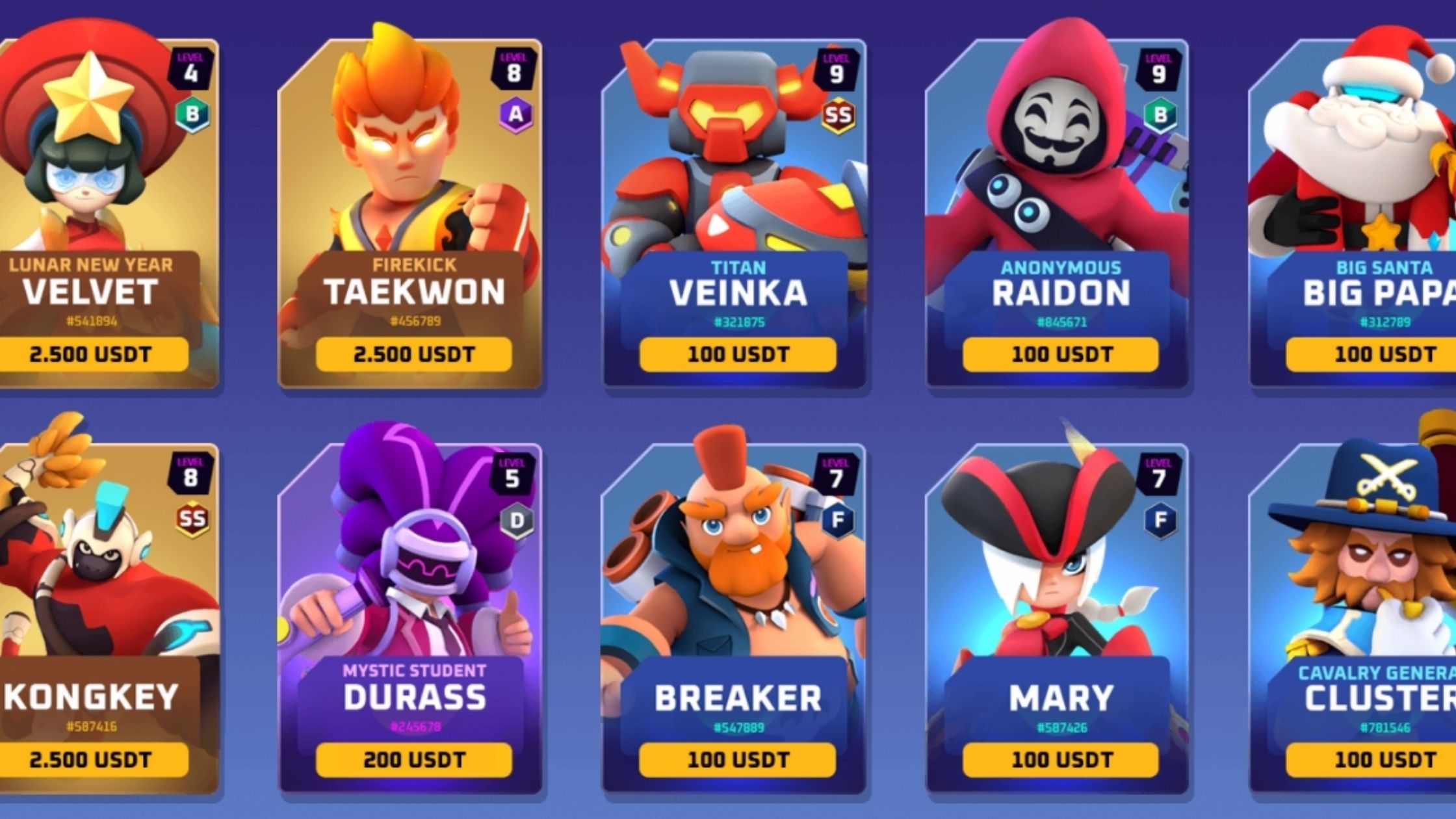 Blockchain gaming is nothing new to the world of virtual currencies. It started with the breeding of cartoon cats and has grown into an entire industry offering various ways to make money through gameplay. Thetan Arena is one of the new players in the field of virtual entertainment using blockchain mechanics.

Thetan Arena is the first MOBA - multiplayer online battle arena game on the blockchain with the Play-to-Earn model. For example, such popular projects as Dota 2, League of Legends, and Brawl Stars belong to this genre. In this article, we will tell you more about the gameplay, as well as the tokenomics and mechanics of NFT.

In Thetan Arena, players fight with each other, using the unique skills and abilities of the heroes.

What's remarkable is that you can play both on your mobile and PC. They work through one user account and synchronize with each other.

There are four game modes available in Thetan Arena:

Yellow and pink coins are given for level improvement and victory in battle. Green coins can only be bought. If you play a paid hero, you'll get extra yellow coins. Their number depends on the outcome of the game. Note, they are not paid for the free hero.

For each battle, the user has the opportunity to choose a hero. They have different skills and abilities that players can use to win. To earn cryptocurrency, it is necessary to play as special heroes, which can only be bought.

The main way to earn is to receive TNC tokens (yellow coins). The minimum threshold for withdrawal is 750 coins. They can be earned by:

After each match, paying heroes receive rewards in the form of THC tokens. You get six tokens for winning a team game, 2 for a draw, and 1 for losing.

Each hero has three skills in battle. One is tied to the hero himself and cannot be changed, while the others can be chosen before the battle begins. Below we tell you more about the heroes.

Each of the heroes has a unique ability: Rage. This is a special skill that cannot be changed. Each hero also has unique characteristics depending on its class or its role on the battlefield. There are three classes in total:

The Main Damage is the regular attacks, which can be carried out once every 3 seconds. A certain number of these attacks activates a combo, and all heroes can use it. Each has its own combo, but the assassin class does the most damage. Also, all heroes are divided into three levels of rareness:

There are three types of hero skins in the game: normal, rare, and mythical. This is the appearance of the hero. The level of rareness and type of skins determines the cost of the hero.

The reward depends not only on the results of the match but also on the rareness of the hero and his skin. You can get a maximum of 23.55 bonus THC tokens for winning a hero of legendary rareness and a mythical skin.

Heroes can be bought in the marketplace Thetan Arena or in the game under the tab "Shop". You can only sell a hero on the in-game marketplace.

The game has two of its own BEP-20 tokens - THG (TheTan Gem) and THC (TheTan Coin). Just like the game, they run on the Binance Smart Chain blockchain.

In the game, you earn and exchange THC. You can get them by participating in battles, quests, and in-game tournaments. When you complete quest tasks, you get Quest Points, in-game points that can be exchanged for THC.

The earned tokens can also be exchanged for other cryptocurrencies or simply sold.

You can also use THC to buy heroes and various items in the game. All heroes are NFT, which can be sold in the marketplace of the game.

Thetan Arena is gaining its popularity among the Play-To-Earn games. In our Adello Magazine, we will continue to observe the development of other metaverse games such as Thetan Arena and review them.